I snapped these pics in Lairdsville, PA, while on my way back from a seminar in Williamsport. Well, actually, just a few miles north at Cogan's Station.

I'm assuming this facility has something to do with fracking.
Remember, the chemical cocktail being pumped into the ground is proprietary information and available only on a need-to-know basis. And since you're just some average Joe not capable of bribing the elected and the appointed, you don't need to know. 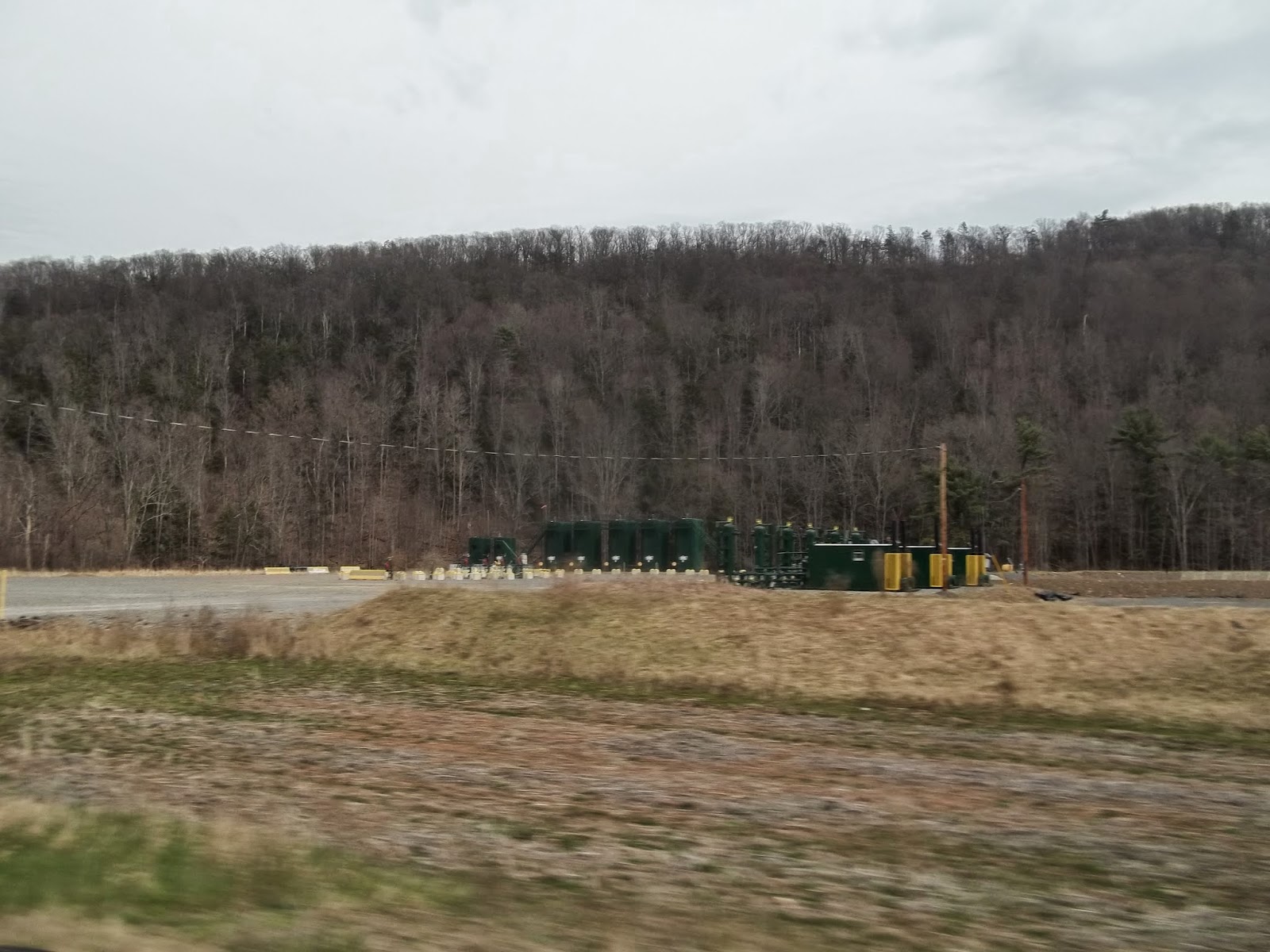 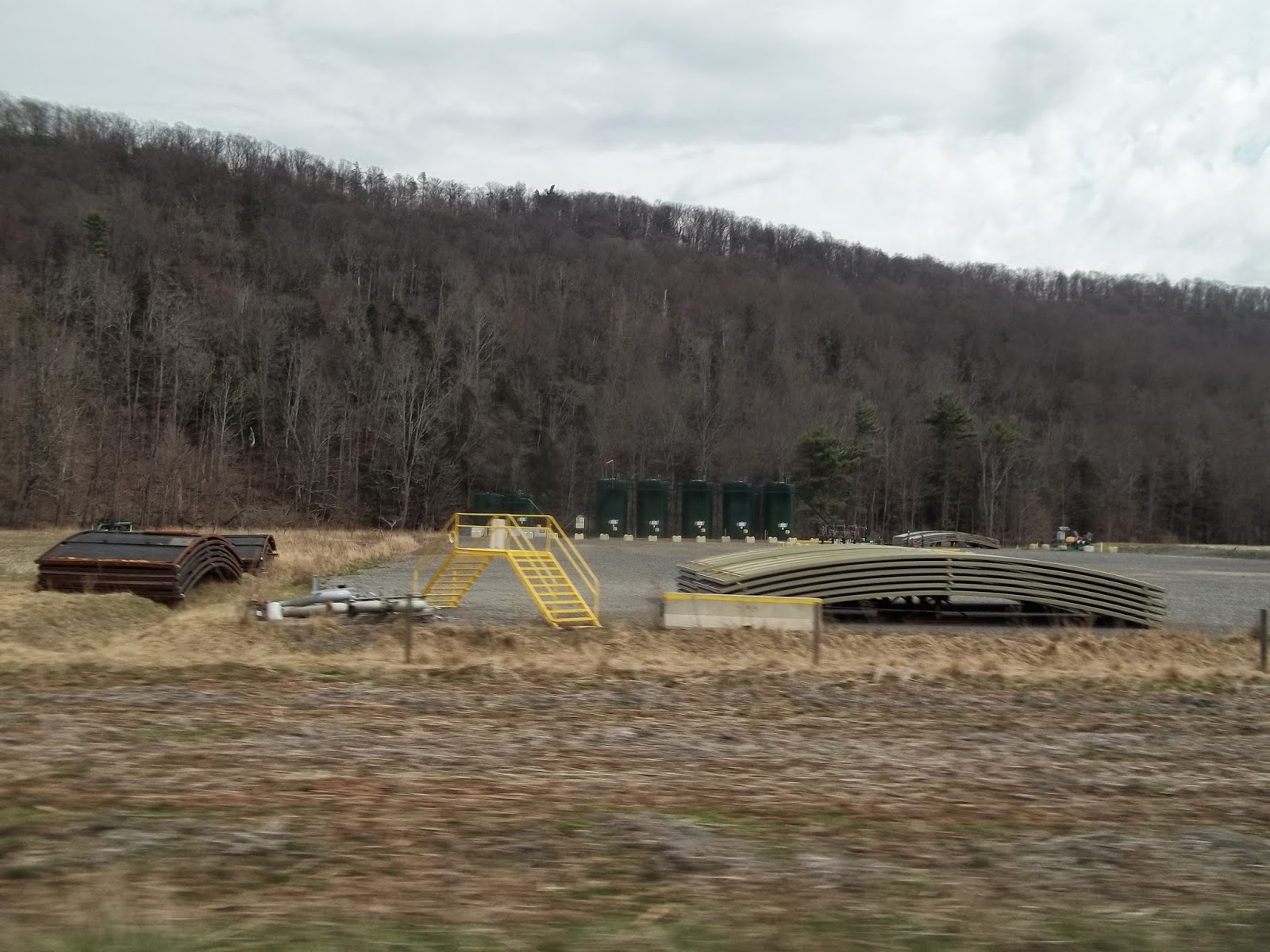 Remember, while your natural gas bills climb higher and higher and still higher, we need to fracture all three layers of shale so as to increase America's exports.

Later
Posted by zorcong at 3:29 PM No comments:

The Bureau of Land Management, government overreach personified, reserves the right to kill your property in an effort to protect, to protect...wait for it, to protect a desert.

Watch it. Do it. And realize that you were not supposed to see it.

Later
Posted by zorcong at 2:36 PM No comments:

Shut up & pay your taxes.

Later
Posted by zorcong at 2:31 PM No comments:

Fedrule Govmint overreach, over-regulation, bureaucratic largess and confiscatory taxation has led us to a stagnated state, while the "Land of the Free" is no more.
Senator Harry Reid called a group of armed Americans massed to protect the Cliven Bundy ranch from Fedrule shock troops "domestic terrorists," but remember the Waco and Ruby Ridge massacres, in which Fedrule storm-troopers summarily executed American citizens by order of some partisan myrmidon in an office a million miles away.

When Americans loose their livelihoods to save some little-seen desert tortoises, freedom has stopped ringing.

The right to bare arms, man. 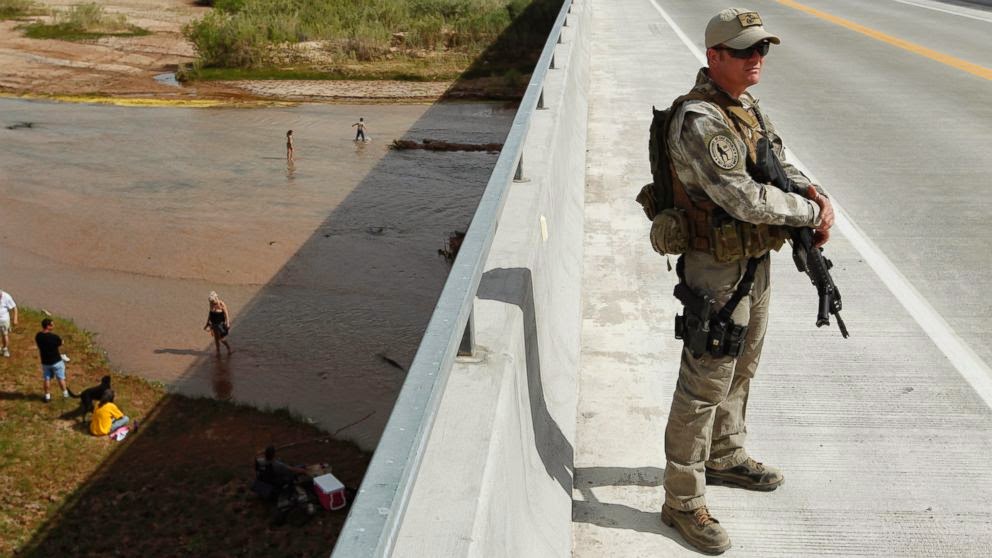 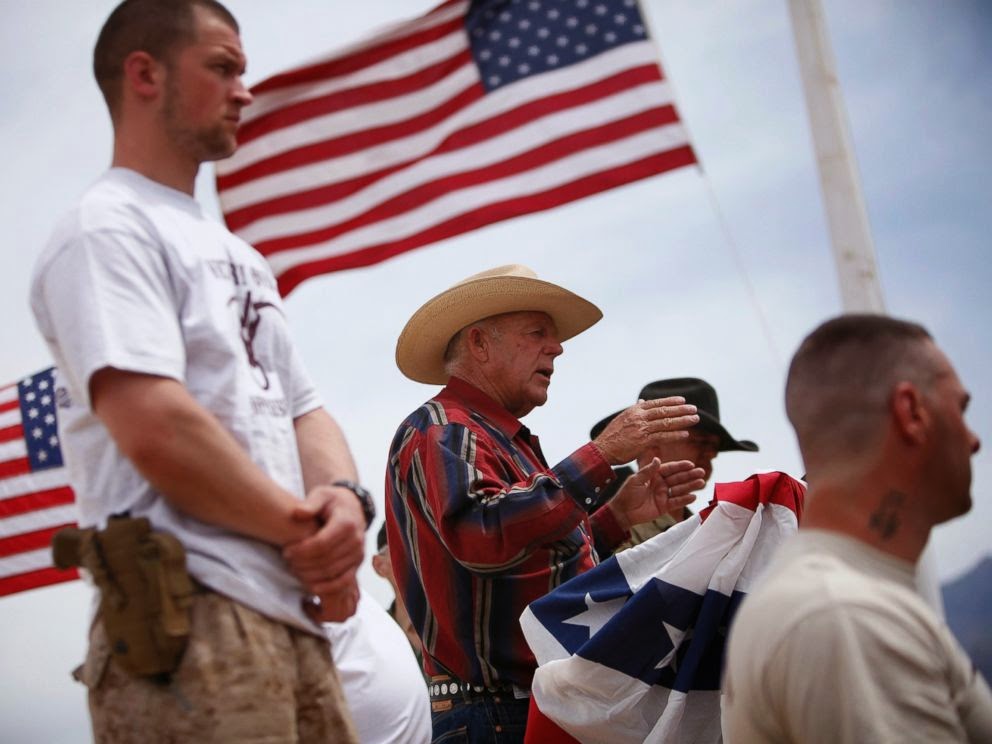 Later
Posted by zorcong at 11:29 PM No comments:

I’ve been working six-day weeks since the beginning of March, with absolutely no end in sight to the overtime parade. Besides, since blogging is rapidly going the way of opposite-sex unions, it’s not like anyone would miss my usual circumlocutions.

In addition, since the heavily-listing US of O is completely bereft of capable leadership, it’s not like activism is going to help pull us back from the rapidly-approaching abyss. At this point, activism brings to mind some song lyrics: “Despite all my rage, I’m still just a rat in a cage.”

Eat, drink too much, be merry and embrace the coming end. Like Kevin Dillon said in Platoon: “Besides, if you die you won’t know about it anyway.”

At this point, I might be the only person in Wilkes-Barre that hasn’t been served with a subpoena.

Doesn’t much matter anymore. The US of O is broke. The State of Pennsylunions is broke. Wilkes-Barre is broke. As in, there’s no relief in sight. There ain’t no cavalry charge coming. Start filling those potholes out front with soil. Oh, and pick up all of those thousands of errant recyclables.

If everyone currently working at City Hall gets rounded up and shipped off to some insidious Soviet gulag, you’ll still be filling your own potholes and sweeping up the recyclables.

Yeah! As the former secretary of state, I’d love to hear her explain why war and chaos is damn close to breaking out all over the globe.

Put a fork in that windbag.

Wifey and I have spent the past couple of days recounting her senior prom.

Yeah, I know. I remember when a local radio talk show host accused local bloggers of being bitter-for-life after not being invited to proms and the like, but she knows about as much as your typical salamander knows.

We started dating at the end of her freshman year at G.A.R. Memorial high school, formerly and accurately known as Garbage, Ashes & Rubbish. During her senior year, I walked over to her house and told her I didn’t want to see her anymore, because her father was fast pushing me to the point of committing a long overdue aggravated assault. She exploded in tears and ran back into her house.

Saddened and disgusted, I got into my car and drove down Coal street only to see an unmanned, rampaging bulldozer cross the street in front of me, crush a car and slam into a home. Stunned, I turned left onto Grant street. All these years later, I work with a guy who was in that house when it hit.

After we broke up, I started seeing another G.A.R. girl who just kind of presented herself as being very interested. She was cool. We dated for a few months. I liked her. She seemed smart, had her entire life planned out, she was fun to hang with and cute as all get-out.

I was in my first year of culinary and she persistently harangued me about going with her to her senior prom. Every time she pressed me on it, she got an immediate and unequivocal NO! You see, playing dress-up and eating fruit cocktail will never be classified as having fun by this knucklehead.

But, she eventually pulled the crying bit at the McDonald’s in Wyoming after a bit of miniature golf just next door, so I reluctantly agreed. Yes, I said, I would attend her senior prom with her on my arm.

What I didn’t know was that Wifey would also be attending the prom with a date of her own. I knew the guy. Let’s just say, prior to that night, I always tolerated the guy. No sense beating on the geek.

I’ve been blogging since December of 2000, and never once used her name and never once posted a picture of her. That was a promise I made to her when I first created the local blog scene.

That’s blown all to hell.

Posted by zorcong at 6:30 PM No comments: