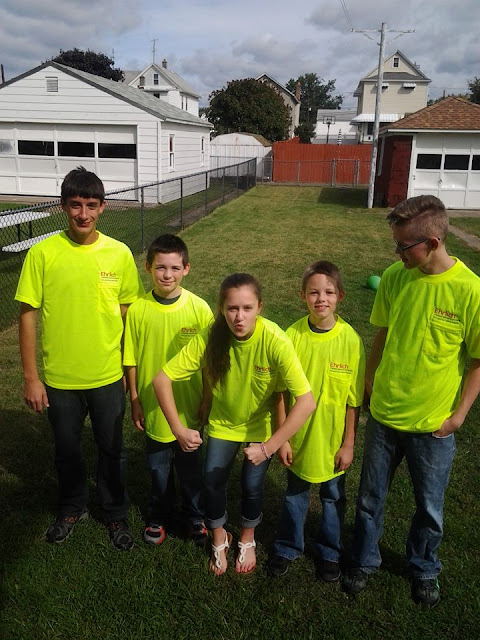 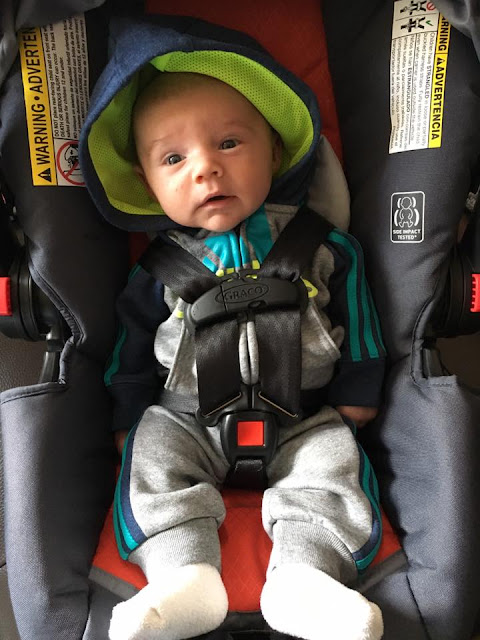 One Too Many Help Lines in This City

I thought we were on the fast track to bankruptcy, insolvency, pestilence and chaos.

I dunno, that's what the new Mayor was selling but a fortnight ago.

WILKES-BARRE — A grievance filed on behalf of city hall employees earlier this month raises questions regarding the status of the re-established mayor’s help line and salary for its coordinator.

The Laborers’ International Union of North America Local 1310 in Wilkes-Barre filed a grievance about two weeks ago arguing that the mayor’s help line should be a union position and been put out for bid. The position had been a union position prior to being eliminated by former Mayor Tom Leighton. When Mayor Tony George reinstated the help line coordinator, he made it a non-union management position.

He selected Carol Smith for the job at her former city rental inspector salary of $52,503 — $22,287 more than the job paid in 2004 before it was eliminated. If that job were to exist today, after accounting for a 3 percent annual raise included in the union contract, the salary would be $43,080.

So we'll pay $52,503 for a switchboard operator? Or, shall we say, a glorified secretary who answers the Mayor's needless help line?

Here! I've got a number that someone at City Hall should be dialing, and soon: 829-1341. Yeah, someone who luxuriates in sophistry by way of discursiveness needs help. Real help, that is.

Posted by zorcong at 9:14 PM No comments:

A centrally located high school anyone?

From that February 2011 Citizens' Voice story:

Though Siniawa would entertain offers to sell the entire property or portions of it, he said he still hopes he could have the property cleared this spring and construction started on the development within the year. He wouldn't say exactly what he's planning now, but said the project might be developed "piecemeal."

WILKES-BARRE – Voicing praise for the developers, the Wilkes-Barre Area School Board voted unanimously to approve the district’s participation in a tax increment financing plan to fund renovations to the Murray Complex.

Wilkes-Barre attorney Frank Hoegen, speaking for the Siniawa family – the Scranton-based developer of the $22 million project in the century-old warehouse space – said the condominiums, shops and restaurants would serve as a catalyst for further development.

“The Siniawas are going to borrow $15 million and pledge their properties as collateral. They are taking a huge personal risk to take a blighted area in downtown Wilkes-Barre and turn it into a showcase,” Hoegen said.

According to the resolution passed Thursday, the school district will join with Luzerne County and the city of Wilkes-Barre to develop a tax increment financing plan to fund $2.2 million of the debt for the project’s first phase. That phase calls for 55 condominium units and businesses that will generate an estimated $313,000 in taxes beyond the $20,000 the 480,000-square-foot site now nets the district.

“That increase will be created by virtue of the improvement to the property,” Hoegen said, “and the difference will be channeled to the (Luzerne County) Redevelopment Authority to pay the debt service on the loan.”He said the district will continue to receive the $20,000 in taxes it currently receives, as well as mercantile, transfer and income taxes generated by the property.

At the end of the 15-year term of the financing plan, the additional tax revenue will be split between the city, the county and the school district at a rate yet to be agreed upon, according to the resolution.

Luzerne County Commissioners approved participation in the plan earlier Thursday. Hoegen said the city is expected to decide soon whether to join in.

Project architect Alexander J. Belavitz said the plan is to “have the shovel in the ground” to start the project by late spring or early summer.


So, except for some weed growth, here we are in 2016 and not much progress has been made. More accurately put, the site has been all but abandoned.

If you ask me, this is where the new E.L. Meyer Coughlin facility should be built.

Anyway, the question still begs. What's the latest on this so-called project? 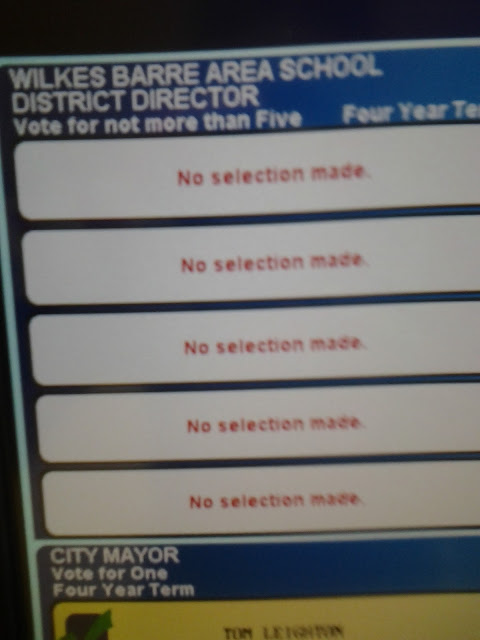 Posted by zorcong at 9:06 PM No comments:

Some old pics from some old web site... 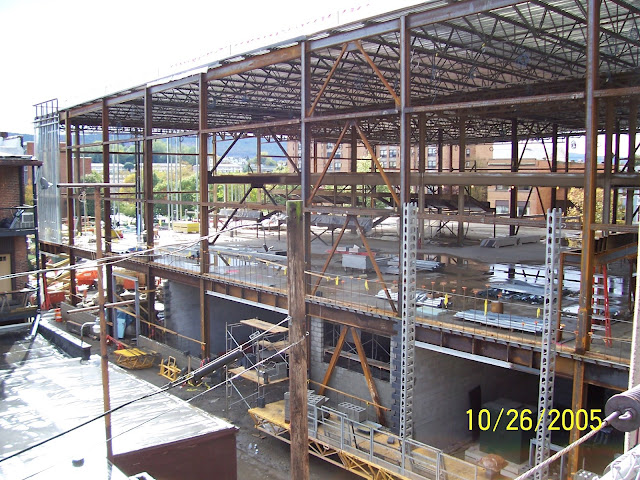 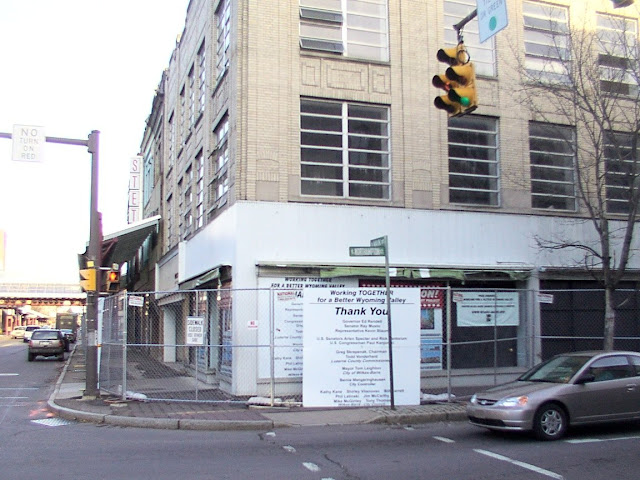 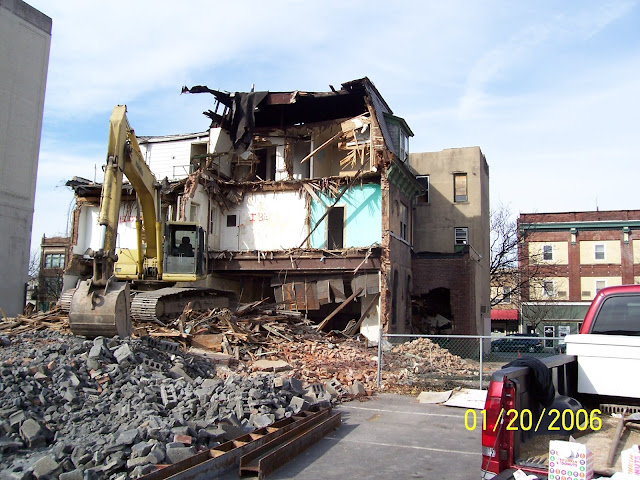 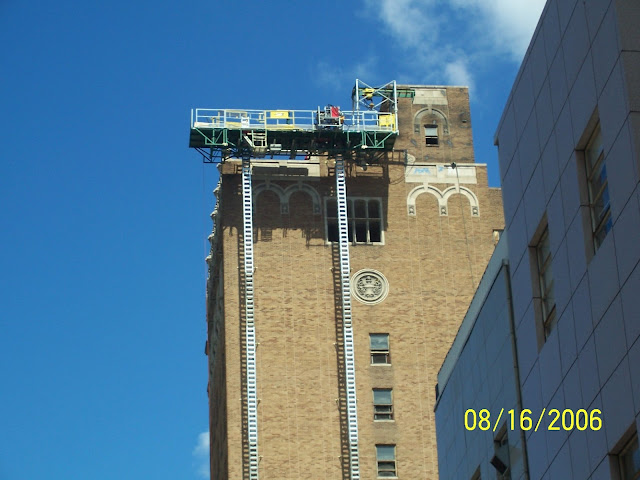 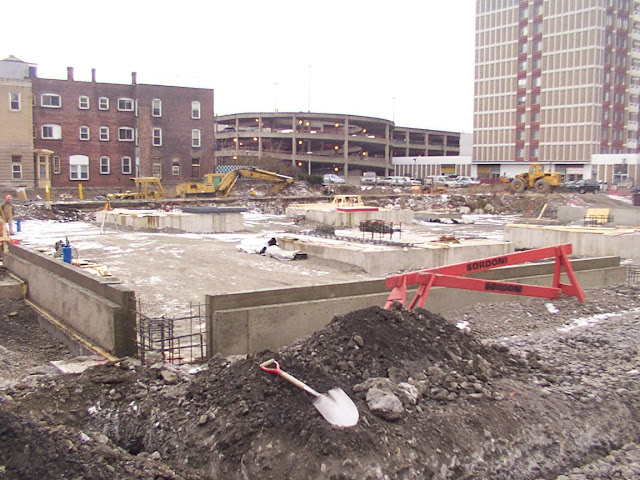 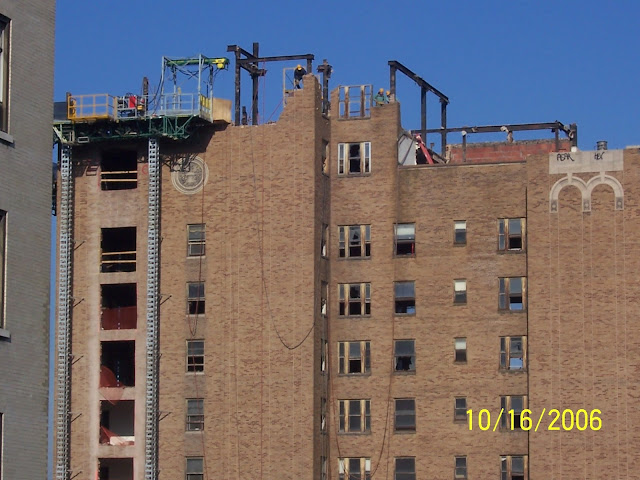 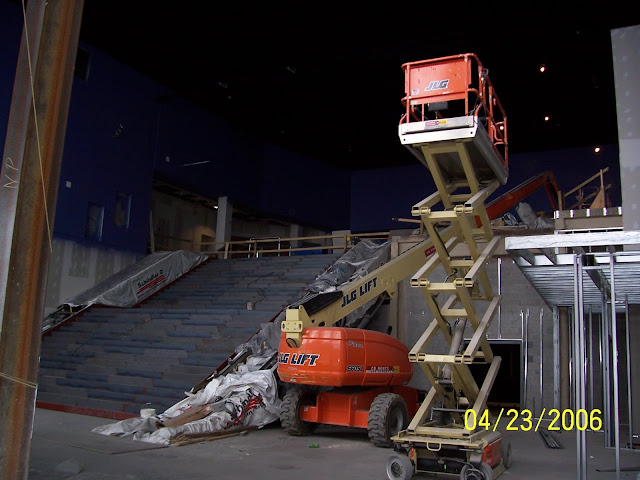 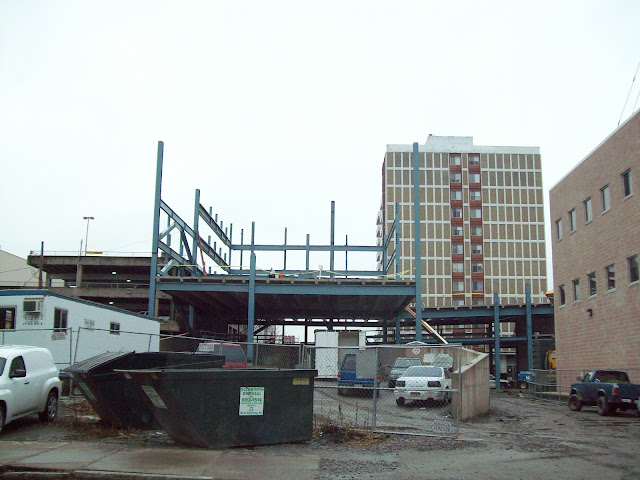 The Race to The 2017 Tax Anticipation Note

Strap yourselves in, here we go!

There's no point in beating up on a newly seated mayor who happens to be disdainfully saddled with the former mayor's disputed budget. That is, a budget the new mayor fervently claims is a financial albatross. But if this so-called defect-spending budget now demands that cutbacks be made, we have to wonder why they weren't proposed in the first place--before the repeated attempts to enact a hefty property tax increase.

Short-term, the very last thing the bedraggled residents of this city can afford is a hefty property tax increase. Long-term, they can likewise ill-afford an increased debt service payment. All of which demands that the current team arrive at a balanced 2016 budget by way of increased revenues, a reduction in the size of the workforce, less material usage and, or witchcraft. As for 2017, the aforementioned suggestions are wholly applicable, sans the prohibitively expensive eye of newt. .

And laying blame on the former mayor for any perceived current woes addresses nothing and solves nothing. Buck up, deal with it and let's move forward. What else is there?

Later
Posted by zorcong at 7:23 PM No comments:

Tax Hike Hearing: Wilkes-Barre: People in Wilkes-Barre will not see a property tax hike for this year.

Discursiveness on parade or:  You'll shoot your eye out, Mayor.

Can't we just make a copy of Scranton's budget?

Later
Posted by zorcong at 12:54 AM No comments:

One plus one equals two. Unless...

"I’m worried the city could potentially go bankrupt at some point."---Tony George, as reported by The Citizens' Voice, 12/5/2015

From The Times Leader:

So, are we in dire financial shape, or are we not? Does anyone in this administration actually know? Or are we simply winging it as we go? Is this a full-fledged tax increase? Or merely half a tax increase?

There seems to be a vast distance between the actual numbers and the purported numbers. Wiggle room. Wiggle room after the political hires. But with that, be mindful that distance, in this troubling case, creates indifference. Or, as some might say, irrelevancy.

Later
Posted by zorcong at 3:21 PM No comments:

The Buck Stopped Back There

The latest from City Hall...

Tommy was mean to me.

Read all about it at the Citizens' Voice site.

In W-B, Rules Are For The Fools

You know, fools. As in, the electorate, Or, perhaps, the taxpayers. Fools!

A snippet from the city's published rules...

Going forward, I would suggest that the rules be amended rather than willfully ignored. 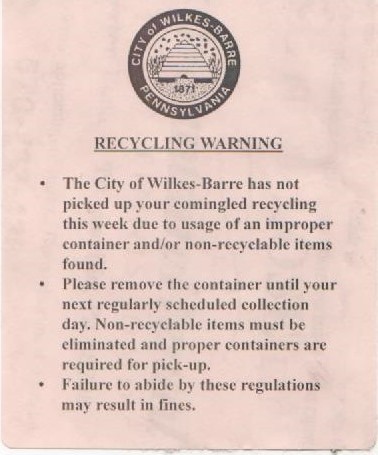 Way-points on the Hoosegow Trail.

Here's a snippet of that aforementioned legal tussle...


Between the opening of the Restaurant and March of 2000, the customers patronizing Desi's were predominantly white.   At some time in March of 2000, the City of Wilkes-Barre, its mayor (Thomas D. McGroarty) and chief of police (Anthony J. George), and David W. Lupas, the District Attorney of Luzerne County, Pennsylvania (collectively the “defendants”), acted in concert to bring about the closure of another bar and restaurant called Chu's. Chu's clientele consisted primarily of African-Americans and Latinos.   After Chu's closed, many of its former patrons became regular customers of Desi's.
The residents of Wilkes-Barre are predominantly white.  Following the closure of Chu's and the change in the ethnic composition of Desi's clientele, people living in the area surrounding Desi's began to complain to the defendants about problems allegedly created by Desi's.  Residents complained that Desi's' presence increased “crime, noise[,] and other disturbances.”  App. at 39.   These complaints, however, were in fact motivated by a desire to drive African-Americans and Latinos out of Wilkes-Barre, and the defendants shared this objective.   This desire and “public criticism” of the defendants for failing “to provide adequate policing and law enforcement” in the city motivated the defendants to “embark[ ] on a campaign to close down” Desi's.

So, in effect, while shuttering one bar to calm things down in one neighborhood may pacify a few angry voters, said action simply forces the bad actors to pick up their firearms and spare clips and move to yet another unsuspecting nearby beer garden.

Later
Posted by zorcong at 5:50 AM No comments:

If you can't navigate a circle, it's time to consider chain-smoking with the pilot lights having been disengaged. Just saying. 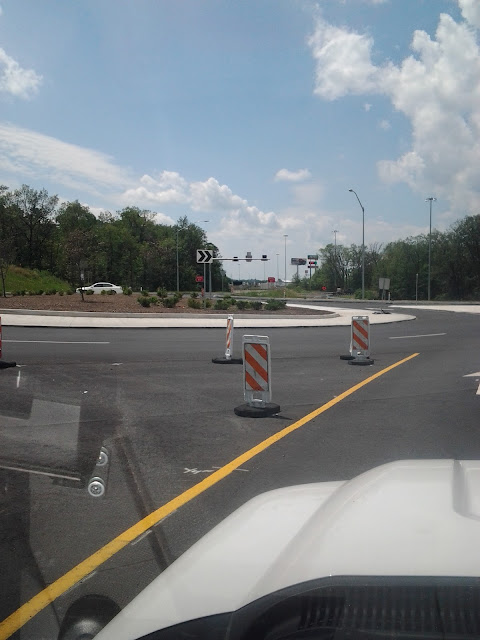 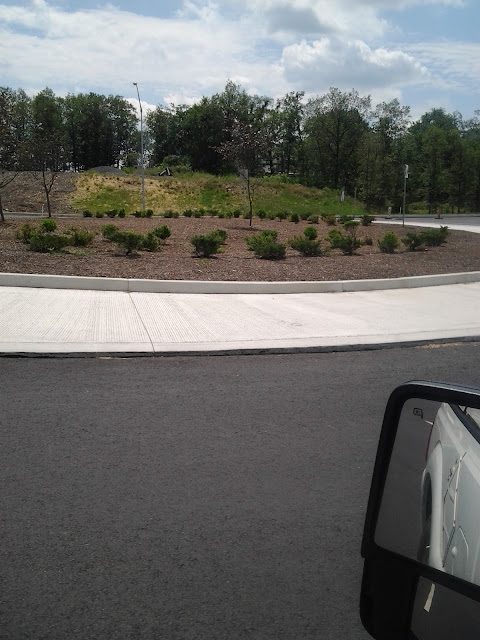 Good luck.
Posted by zorcong at 3:09 AM No comments:

Time to lock the doors, close your eyes and drink very, very heavily.


Later
Posted by zorcong at 2:59 AM No comments:

Wilkes-Barre is broken, busted and broke, but the neighbor needs a job

Enjoy
Posted by zorcong at 8:51 AM No comments: