'Nuf said on this sequester nonsense?

Apologists, have at it.

As always, I listened to Sue Henry on WILK this morning. But on this morning, I heard a litany of laughable bullspit regarding the Citizens' Voice article about the recent spate of shootings in Wilkes-Barre.

While it's true that these shootings have been almost exclusively black-on-black drug-related crimes, the truth of the matter is that the indigenuous population's blood lust for illegal drugs invites the gangs and the dealers to the area.

No market? No sellers.

The brown folks grow it, the black folks sell it and the white folks buy it.

Have you ever heard of rent rebates for those in subsidized housing and those on Section 8?

No, well time for a Google search.

True story. A lady pays a total of $480 in 2012 for her three-bedroom Section 8 townhouse and then recieves a $600 rent rebate come tax time.

And me? Well, I'll just work some more overtime so as to pay for all of the obvious "fairness" largesse.

The investor group from NYC that owns the Sherman Hills shooting gallery is seeking to expand the complex. Yep, new construction. More buildings. True story. Where do I go to volunteer my time and services to the zoning board?

Oh, and nothing new from Alsea, Oregon.

Later
Posted by zorcong at 7:56 PM No comments:

My game, my life, my routine has been blown all to hell of late.

As far back as I can remember, I always wanted to meet my father. But after the years turned into decades and the decades amounted to a half century, I would have been content to just know what had become of him. And now that I finally know what has become of him, I’m still coping, I’m still trying to believe it.

I spoke to a lady who works for a logging outfit out there in Alsea, Oregon. It sounds like the old man has been a real pain in the neck for her and her coworkers. He cuts trails across and builds bunkers all over the clear-cut zones, still, she has yet to lay eyes on him. He’s a ghost.

And she’s a really nice person, as are all of the people I’ve spoken with from Benton County, Oregon.

But enough with all of that.

I see that Baroke Oblahblah thinks we should do away with pennies because it costs millions and millions to produce them.

Yet, by the time his disastrous run is over, the United States will be twenty, possibly, most likely twenty-two trillion dollars in debt. “Debt overhang,” anyone?

Oh, and he thinks we should raise the minimum wage, because, to hear him tell it, that proposed raise would help the “working poor.”

More importantly, it would lead to automatic raises for unionized labor, the backbone of the political party currently bankrupting our country.

Does anyone remember when something as simple as the towing of vehicles did not lead to tumult, chaos and controversy in the City of Wilkes-Barre?

I watched every video of the meteorite that landed with a mighty thud in Russia. Fascinating. If you’re a Democrat, not so fascinating, just proof of solar warming or some such newfangled gibberish.

Anyway, if I lived there in the frozen morass, if I had witnessed that spectacle, I would have been absolutely convinced that the U.S. had finally attacked the iced-over motherland.

One of these days.

I’m still chewing on this one: My favorite birthday gift of all time.

And then there was the “prettiest girl” thing.

Me? I’ll go with Natalie Wood.

Later
Posted by zorcong at 3:37 AM No comments:

Behind the scenes at the "Big Game"

What they don't tell you about when you attend a Super Bowl... 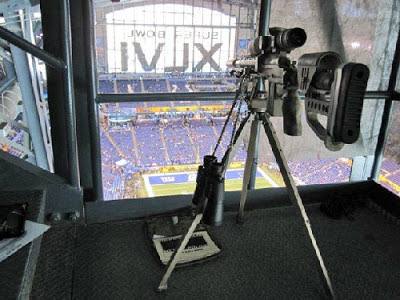 Better hope that you don't end up seated next to the lone terrorist in attendance.

I pulled this from the comments...

Dude, after all the anguish and all the things you have been through trying to find him, I think you owe it to yourself to seek him out and tell him how you feel. Just don't be disappointed when you do. Your a big boy. I think you can handle it.

I agree. But, I will never again travel in a vehicle with wings attached. Won’t happen. If I was offered free airline tickets to the Playboy mansion with all of it’s many, uh, assets promising to frolic in the shower with me, I would decline.

It’s 43 hours by car to Alsea. 650 by bicycle. A Greyhound trip would be considerably longer. Being the only specialized technician that I am in my district, I will never get more than one week of vacation at a time. So, if I made the trip to Oregon, the turnaround time would be almost immediate.

Another thing: What would I do when I arrived?

I could book a room at the Alsea Valley Bed & Breakfast or the Leeping Lamb farm, visit John Boy’s Mercantile, have lunch at Deb’s Café ( done my homework as always), take a slew of pictures and then what? I’ve talked to three locals and they all say that my dad is a ghost. So, I sit on the side of the road and hope that that day is the day his sidekick decides to come down from the hills on her bicycle?

The manager of John Boy’s passed along Lisa’s email address, and it’s said she drops by the public library once a week to check her mail. I figured that would be the logical starting point, so two weeks ago I sent the following to her email address…

My name is Mark Cour, and I reside in Wilkes-Barre, Pennsylvania.

I have three children---Peace, Marque and Ebon, as well as five amazing grandchildren---Gage, Taylor, Zachary, Jeremy and Avery. I have been married to my better half, Theresa (sainthood?), for close to 34 years.

While growing up under the watchful eye of my mother, I always figured I’d meet my estranged father one day, just out of sheer curiosity on his part. Obviously, that never happened.

At this point, I would cherish a conversation or a postal service exchange with him just out of sheer curiosity on my part.

I realize that he owes me nothing. And I’m not even sure what I would say to him if the opportunity to speak with him even presented itself. But after five decades of wondering, I still feel the need to try.

Being blindly loyal to a fault when it comes to all things family & friends, I am here if the two of you lack for anything at all.

So far, no response.

Since that didn’t garner a reply, I’ll next send some snail mail to her P.O. box which I recently dredged up from the bowels of the Internet.

And I think I’ll include of few pictures, as in, look, these are your grandkids you never bothered to know. Maybe I’ll send a 50 dollar bill so they can get some real grub. I dunno. What do you say to a father you’ve never really known?

Then again, maybe I should just respect his obvious wishes and leave him alone, apparently, right where he always wanted to be…alone in the hills.

The thing is, I never really understood why he would risk everything to abscond with me, loose that battle, and then never, ever bother with me again.

Needless to say, I’m still collating with myself.

Later
Posted by zorcong at 8:57 AM No comments:

From Oregon to the email inbox

The latest on the Gene Cour dragnet...

I had to write you after I found out about your story. It has been so fascinating to learn that the guy living out in the woods that we have been refering to as our "Hobbit," actually has a son who has been looking for him!

I am a forest engineer and work for a timber company in Oregon. The area where I work includes the Alsea area. And on top of that, Alsea is about 30 miles from where I live. About 4 or 5 years ago, we noticed that someone was building a trail thru one of our recent clearcuts. Turns out, there were two people living in our clearcut. I was told it was a man and woman, both in their 80's. The sheriff did find their hole in the hillside and told them they needed to leave. We were sure where they went, but it appeared they did leave that specific area they were in.

At one point one of my coworkers and I hiked the clearcut they were living to try to find their hole in the hillside. The sheriff had told us that their dwelling actually had two rooms and plastic over the front of it. We didn't have any luck finding them. They did a really good job concealing their hole. But because of how they had been living, we continued to joke about them as "Hobbitts."

A few weeks ago I ran into the Benton County Sheriff woods deputy. I told him that we were cutting in an area close to where the hobbitts had been living and the cutters were finding signs that they had habitated that area also. Deputy Iverson went on to tell me about arresting both Gene, then Lisa. He then went on to tell me about your story. After we looked up your blog and read your story, we were shocked to find out that our "hobbitt" had family that had been looking for him that long!

From what I have gathered from the locals, there are some people up Honeygrove Road (the area where Gene and Lisa have been living) that have maybe been helping them out. I was also told that Gene was schizophrenic. I have never seen Gene, but I have seen Lisa twice on her bike headed into Alsea.

I hope you don't mind that I dropped you this email. Just wanted to let you know how interesting it was to learn about Gene and you! If there is any information or anything else you need from Oregon, feel free to drop me a line!

I'm supposed to recieve a phone call from this person tomorrow. And, I'm excited and fascinated all over again.