Busy as all get-out

I ain't gone t*ts-up just yet.

Rather, I've been very, very busy of late. 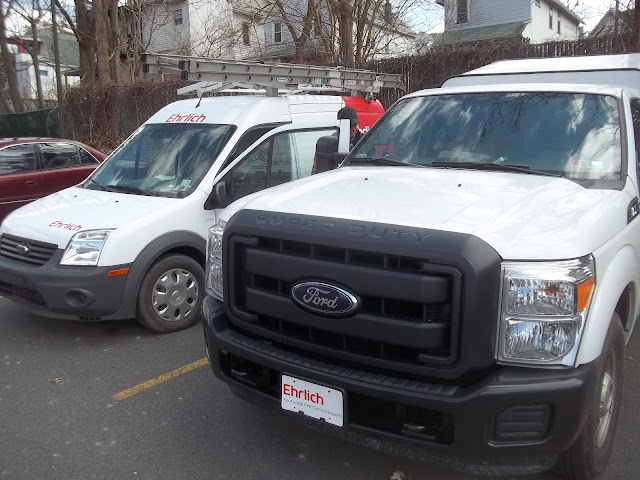 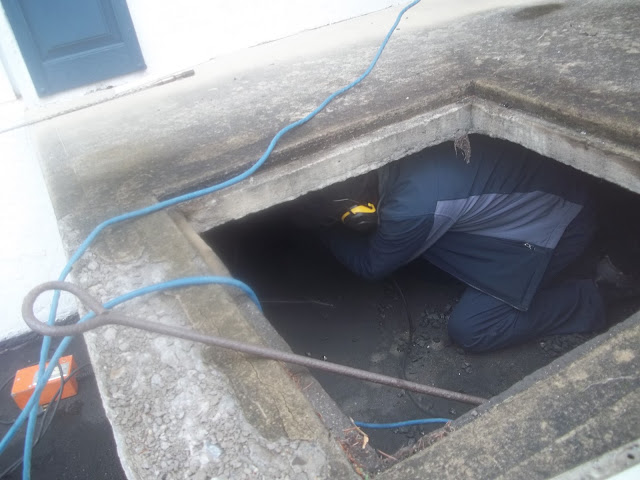 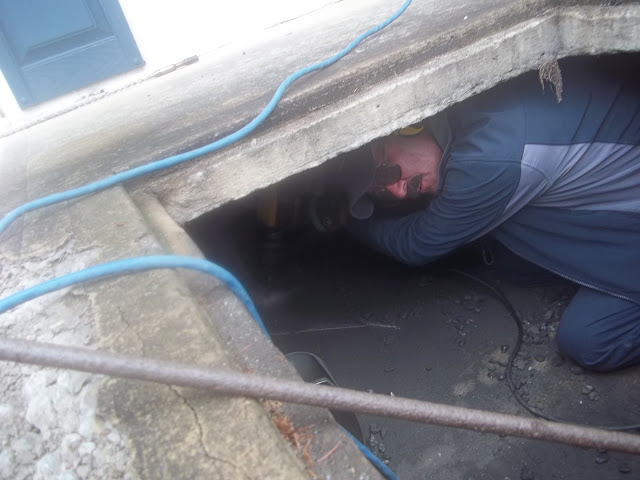 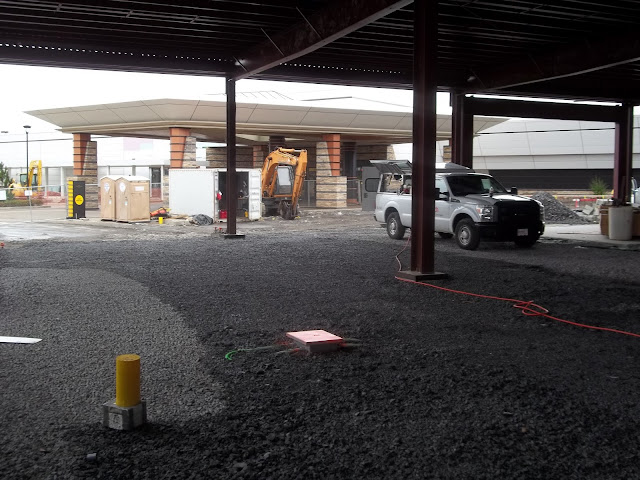 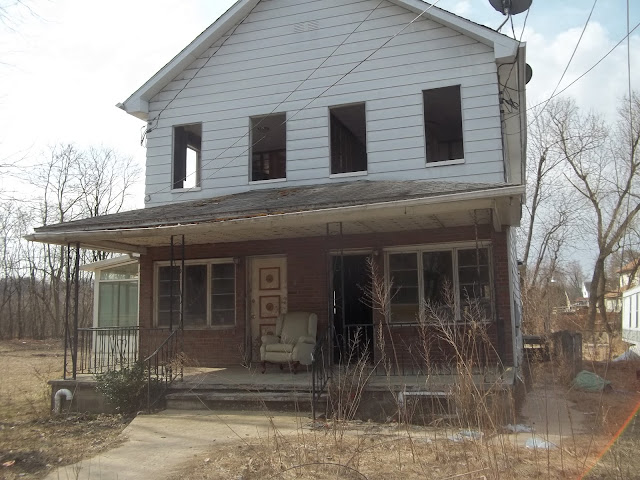 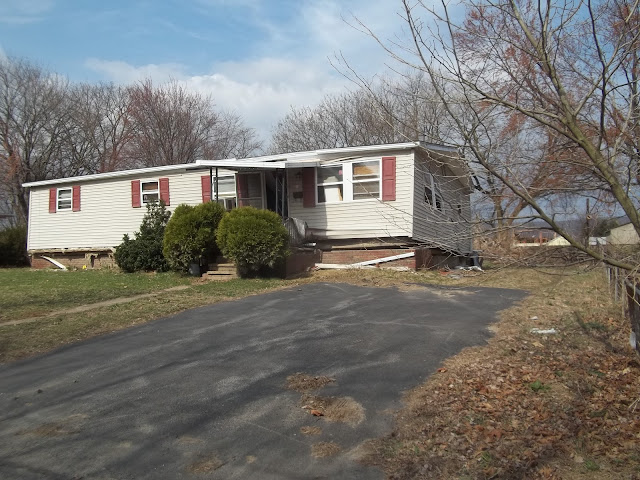 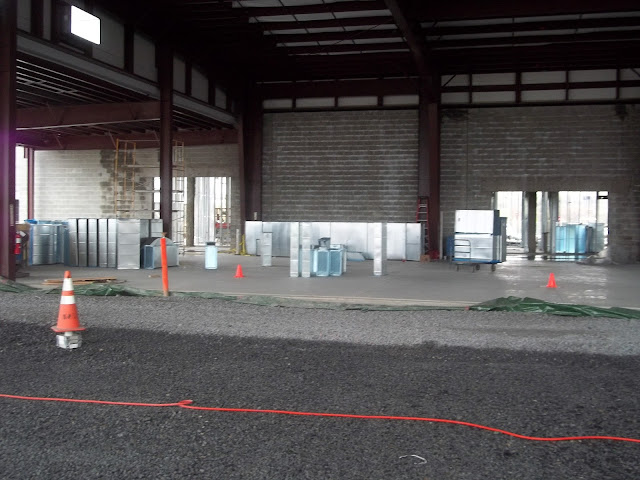 As for the recent shooting death on Reno Lane, I offer up the following from the Clash...

When they kick at your front door
How you gonna go?

Shot down on the pavement?
Or waiting on death row?

Later
Posted by zorcong at 10:25 PM No comments:

Paddle 'til you puke

The Wyoming Valley Riverfest is scheduled for Friday, June 21 through Sunday, June 23.

For those of you who are card-carrying members of my clan, we will be paddling on Saturday, June 22. My usual paddling partner and muckraker extraordinaire is currently on the disabled list, but is very eager to partake of this event.


As to why I have not been posting of late, take a look around you.

Our city, county, state and Fedrule budgets are a mess, with rising debt service payments gobbling up more and more of our dwindling revenues.

And with the country one economic shock from collapse, our fearless “leaders” are more concerned about guns, gays and inviting the population of Mexico to our rapidly expanding welfare roles.

North Korea can point missiles at our territories, but the Govmint is worried about our rifles.

Cigarettes smokers are vilified and unfairly taxed, but more and more of our elected buffoons are advocating the legalization of cannabis.

Our out-of-wedlock birth rates are soaring, and still those elected buffoons yammer on and on about curtailing entitlement “benefits.”

We cannot afford police officers, firemen or hot patch for our potholes, but we can afford to hand over billions to Syria. So much for sequestration.

On a local note, we can build expansive and lavish riverfront amenities, but we cannot afford the upkeep.

We invested $6 million in a structurally failed eyesore, and now we cannot afford to demolish it. Doesn’t matter, it’s going to fall over on it’s own.

Wilkes-Barre is home to two daily newspapers---a rarity--but the breaking news day-in and day-out concerns a towing contractor under investigation by it‘s employer, outside agencies and a ragtag group of citizens who apparently have a ton of free time on their hands.

We have three high schools that are falling apart before our very eyes, but, you know the tired drill…we need to spend more on education. It’s for the obese children.

We have more and more people “expressing themselves“---covering their bodies with garish-looking art, piercing themselves in the most ridiculous of ways and places---yet, they come off as wholly illiterate when they try but fail to express themselves on Facebook.

Why haven’t I been posting?

Rome burns while the dingle berries in D.C. and parts in between fiddle. Your opinion does not matter to the people currently destroying our country and our way of life.

I received a second letter from my father and I‘ll be sending a response later today. Honestly, I never thought I would actually have a conversation with him, so this is the bonus round at this point in my mostly squandered life.

I recently attended an all-day business conference in Binghamton, NY.

Instead of partaking of the typically bland business luncheon fare, I enjoyed a 45-minute walking tour of the downtown and bought my lunch at a CVS. I found it interesting that while the town has a nice mix of new and old architecture, it has a vacancy rate that probably rivals most downtowns. Actually, some of the older structures are stunning.

And it also has a riverfront park on the Chenango River that no one seems to utilize, as is the case in both Pittston and Wilkes-Barre. No events. No parking. No rest rooms. No people.

I was last in that town when I was a toddler, having been born in nearby Endicott. Still, somehow I felt as if I had finally come home. It made me kind of sad being that this was the last time, the last place where my mom and dad and I qualified as a family. Makes no sense. 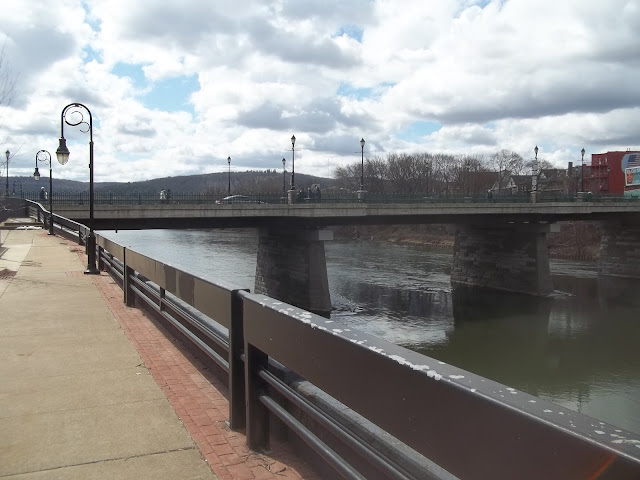 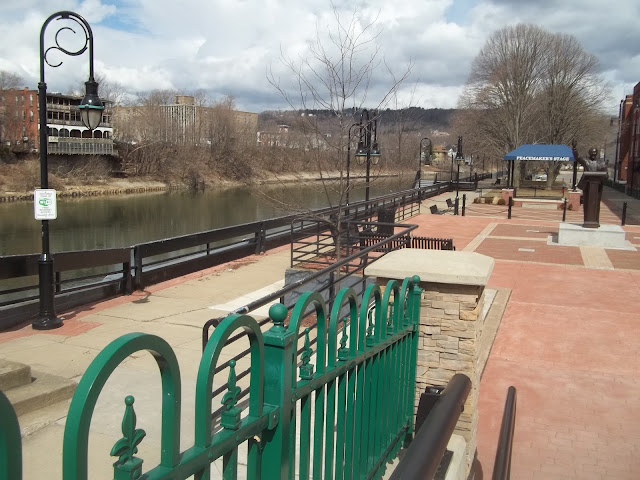 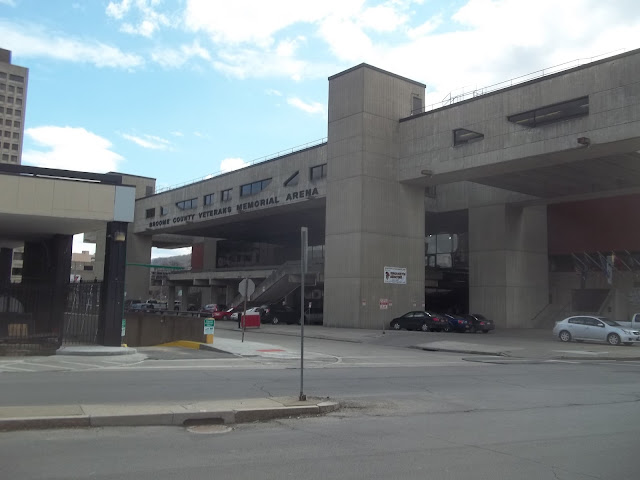 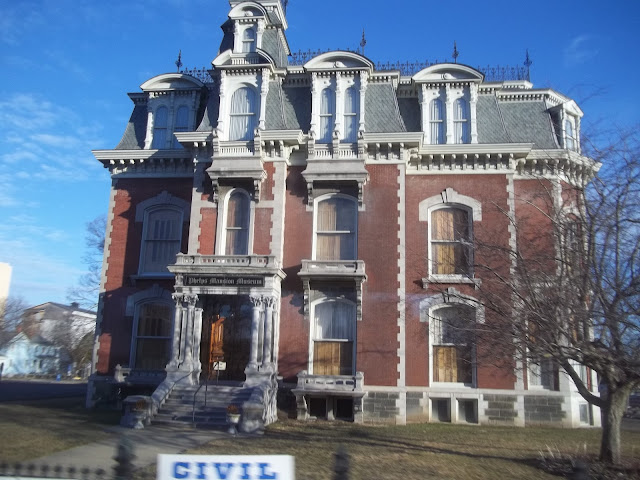 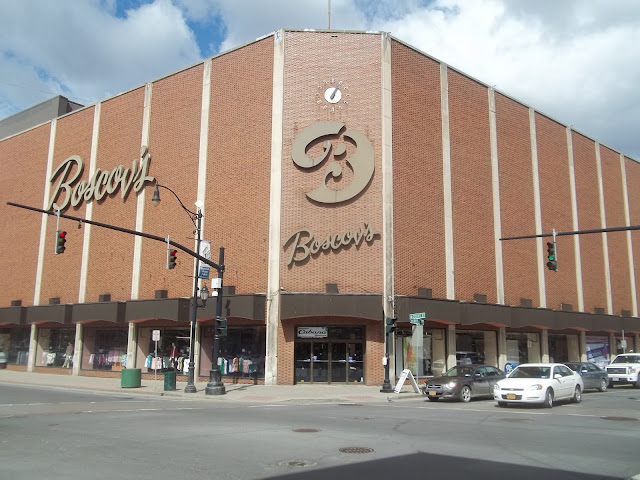 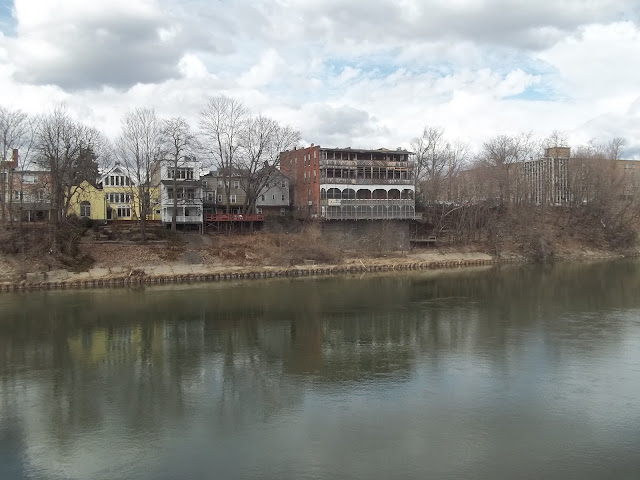 That mansion was interesting. The Phelps Mansion civil war museum. If you're interested in taking the tour, a road trip may be in order.

That last pic intrigued me. An unusally deep foundation, a porous mix of brick and stone. Tell me termites haven't found their way in. In addition, it must get battered when the river rises. So, how is it still standing?

Later
Posted by zorcong at 9:03 AM No comments: