As was promised, Kayak Dude and myself launched the U.S.S. Dude from the new boat launch at Nesbitt Park just in time to hear all of the politicians make their speeches to the huge crowd settled in on Wilkes-Barre's new River Common. 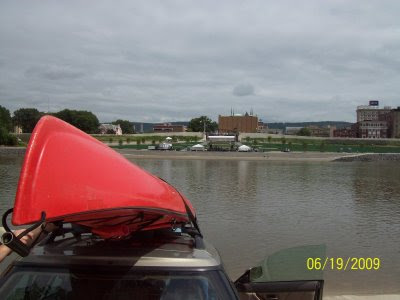 The new amenity is awesome, yet, I spied it from the river and have yet to step foot on any of it's sprawling expanse. We spent a goodly amount of time posted up at the edge of the fishing pier while KD and his River Rats discussed all things Susquehanna River, RiverFest, with even some natural gas drilling discussion thrown in for good measure. 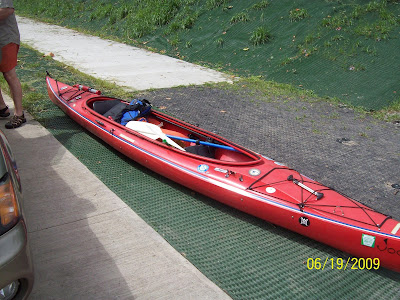 By the way, the reworked Nesbitt Park is quite the improvement all by it's lonesome. The new boat launch is easily the best I've seen. Oh, and the muddy paths have been replaced by an asphalt road. And we even have a paved parking lot. They tell me there's more improvements in store for that area. 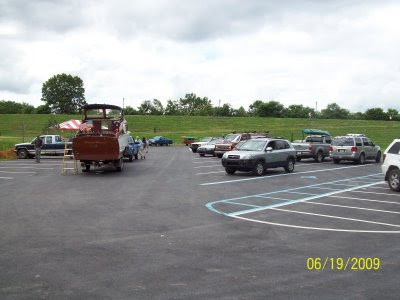 As we were paddling upstream, floating downstream and then repeating the cycle all over again, we were buzzed from behind by a WWII-era fighter plane. We never even saw it coming as our backs were to the screaming thing, but it did take a chunk out of my left ear. I'm an expert on WWII-era surface ships, not combat aircraft. So I'll not get to Googling to pretend that I am. But I'd have to say it was one of those Navy fighters with the fold-up wings, the planes popularized by the Blacksheep Squadron of television fame.

If only I had seen that thing coming. If only I were pointed downstream when first it began it's high-speed, low altitude buzzing run. Not everybody captures a picture of the fighter plane that dived-bombed them, right? Darn it! 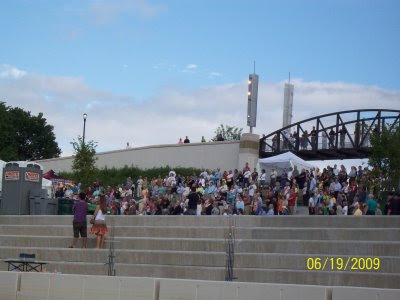 On that shoreline before us, as far as the eye could see, was this veritable Who's Who of Wilkes-Barre.

Note to self: Pack the BB gun for future paddling events.

As I said to KD today while navigating the swollen river as part of RiverFest 2009, my intent is not to keep beating up on Congressman Paul Kanjorski now that the inflatable dam battle is behind us. It's really not.

But, while politicians never get tired of telling us they are "fighting" for us and doing nothing of the sort, Uncle Paul did in fact fight tooth-and-nail for that proposed inflatable dam before it went the way of the coal mines without even being built. But I did ask of KD, doesn't it feel good to defeat a powerful politician who was actually fighting for something? Yeah, it does. It feels real good. Too good.

And the only reason I mention that now is because, as part of his speech at the River Common unveiling, he made some predictable comment about "not accomplishing everything 'we' set out to accomplish." 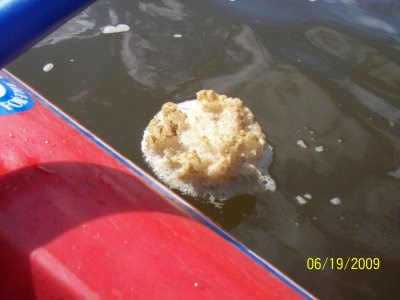 Okay, fine. Thanks to Uncle Paul, we have a greatly enhanced levee system, and the new River Common at Wilkes-Barre. And if he had had his way, we'd also have a condom of a rubber dam sitting in front of raw sewage discharges, one of which KD and I did not enjoy in the least earlier today, while sitting way too up close and personal. So much so, I thought KD was about to blow chunks all over my back. First time I ever heard him curse.

And it is obvious to this intrepid river reporter that the good folks in Pittston are going to have to start chewing their food a heck of a lot better.

Well, if "he" had accomplished everything "he" had set out to, you'd now have what I like to call "river dumplings" collecting just north of the rubber dam. Yeah, we warned you. Sewage. Acid mine drainage. Algae blooms. And river dumplings, as pictured above.

If "he" had won the inflatable dam battle, you'd now have the opportunity to mix it up with lots of dammed up river dumplings. And while every land-lover this side of nowhere has opined away on what a wonderful addition to the river and Wilkes-Barre an inflatable dam would have been, we kept posting pictures of things such as river dumplings and asking, "Do you really want to recreate in that?" Do you?

The correct answer is obvious.

Clean our river, and your legacy is set. 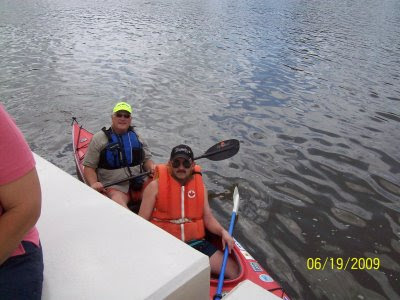 Sez me, the land-lover turned lover of river.

PS--Before the rumors get to swirling, yes, I did phone in a bomb threat for the big River Common unveiling.

"This is a communique from the Nord End Liberation Army...

>>>I'd have to say it was one of those Navy fighters with the fold-up wings, the planes popularized by the Blacksheep Squadron of television fame.<<<

That was the Corsair, built by Chance Vought in Stratford, Connecticut. It was designed after the style of a seagull wing by an engineer who was looking out the window one day, watching the birds flying by. (The plant is located very close to the water's edge.)

My father worked there in some sort of official capacity. Not the shop, but fairly well up the ladder.

Years later, I worked miles up the road at the Sikorsky helicopter factory.

Nah it was the Navy's version of the AT-6 and SJ. I know the pilot. that's really not even remotely cool of you to say you phoned in a bomb threat and want to pack a BB gun. Get a life. Why don't you clean up the Susquehanna instead of taking credit for defeating a "powerful politicians. LMAO. you're an idiot. You don't have a clue. Why not try an effect positive change instead of being an ass