Back in the saddle

I used to visit this site --W-B Political Scene-- quite a bit, simply because when first it was anonymously launched, it was pretty much devoted to bashing me. Post after post after post consisted of Markie bashing and little else. And I used to get a big kick out of it.

Needless to say, it was lame. Imagine that. A blog about another blog. Make any sense?

Anyway, I was checking out some of these long-forgotten electronic locales that are still listed at NEPA Blogs.blogspot.com, and I found this pearl, this brilliant piece of insightful political punditry.

posted by Colonel Klink at 7:38 PM

Geez. Was that embarrassing, or what? Open prehensile mouth, insert engorged...

From The Hazleton Standard Speaker:

The vote was 3-0. Richards stopped working for the county Nov. 18 after refusing to talk to Commissioner Chairwoman Maryanne Petrilla about his intention to resign Dec. 4 and his role with a personnel contract being investigated by federal authorities.

County solicitor Vito DeLuca has determined that Richards generated a contract on his work computer in 2007 to make it look like it came from Continental Consultants Group Inc., a company from New York City paid $807,770 by the county in 2007 and 2008. On April 30, 2007, Richards directed county Work Investment Development Agency Director Richard Ammon to sign Continental contract, which was never approved by county commissioners and is being investigated by federal authorities.

What an effing clueless jackass, man! A real non-brainiac.

Perhaps Colonel Klink (he/she/it) should have stuck with the Markie bashing routine from the relative safety of anonymity. Putz.

I finished 8-5 after winning 6 of my last 7 games. Oh, and I missed out on the wild card spot thanks to a tiebreaker. No playoffs for this dull boy.

With that behind me, I should be posting here more often. So, I’m thinking that Colonel Klink should get back to basics since I’ll be giving him plenty to criticize from here on out. Putz.

Hey, I know you Obama supporters are probably unwilling to admit to your giant mistake. But let’s be honest, shall we?

Aren’t Harry Reid and Nancy Pelosi just about the biggest assholes to ever have been put in charge of anything more grandiose than a Little League refreshment stand? These two are both mentally incontinent, name-calling goons.

Peace is still going hot-and-heavy with the genealogy bit. And the latest tidbit she unearthed is that my grandfather did the film work on a 1944 movie titled “Home in Indiana,” which was nominated for Academy awards for both best color, and best cinematography. 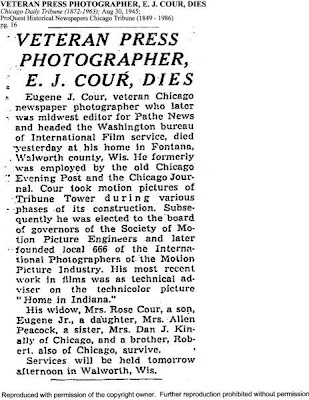 Needless to say, I’ll be looking to purchase a copy of that movie, like, soon.

I found this post at Political Rants to be an interesting insiders look at the recent comments from Carolee Medico-Olenginski that bad-mouthed the suddenly resurgent GOP in this county.

Can you bite the hand that doesn’t feed you?

Later
Posted by zorcong at 3:37 PM

That quoted post is pretty hysterical. Even without the current stuff going on with that guy.

By the way, you spelled "Dick Cheney" and "John Boehner" wrong in the...ummm...sixth from the bottom paragraph.

...A very late correction here, but I spelled "Mitch McConnell" wrong in that last comment. Seriously.