Merry (insert whatever word it is that is least offensive to you)! 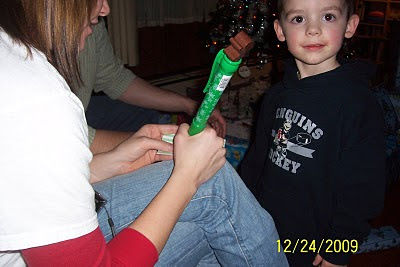 Yes, I know it may not fit the template, I realize that it all but destroys the stereotype, but this here particular blogger is gainfully employed. And I enjoy great benefits, too. And to this very day, I haven’t even embarked on any prolonged bouts of plagiarism. Imagine that.

Two of the grandkids, Gage and Taylor, are at their roost down in Knoxville. And the way I hear it, Santa does venture that far south. Last night, the other three maniacal grandkids, Zach, Jeremy and Avery made mincemeat of an estimated metric ton of innocent wrapping paper. 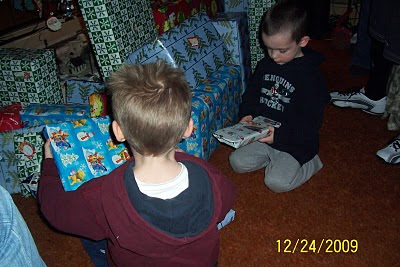 Unlike previous years, I waited, literally, until the last minute to do my Christmas shopping. I headed out early yesterday, and I wanted absolutely nothing to do with the mall, Sprawl Mart, or wherever it is that throngs of people gather and act badly, act overly impatient or where they go to point middle fingers at each other when the traffic predictably bogs down. You know, I chose to eschew what could only be called your typical Christmas shopping entanglement. 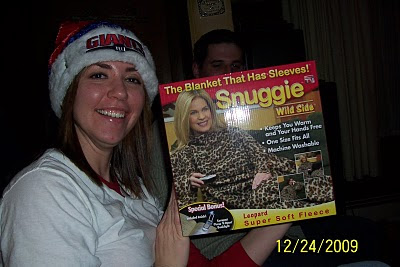 Actually, Sue Henry has a calming effect on me, much unlike a few of her on-air coworkers. I’ll not go into detail on any of that, since we’re supposed to be nice on a reverent and joyful day such as this.

Sure, a couple of her coworkers make me want to go ballistic all too ofte
To my adopted WILK family,
Thanks for keeping me company (sane) while I’m all alone in dark, dank, musty smelly places for hours on end. Thanks for keeping me company when I’m lying prone in darkened crawl spaces from which movement can be detected at the other, unseen end. Thanks for keeping my mind off the fact that I’m stuck in some partially flooded subbasement on a beautiful, sunny day. Basically, thanks for making my mundane work days pass by quicker than they otherwise would have.
More importantly, thanks for continually getting under the skin of our many hapless, clueless and corrupt local politicians. You folks are to local political reporting, editorializing and punditry (muckraking) what the brilliantly beaming sun is to providing comfort on a bitterly cold day.
As we end one tumultuous year and head into what promises to be an equally upside-down year (Rats!), I’d like to extend a Merry Holiday, a Happy Christmas or whatever term is least offensive to one and all.
Enjoy, stay safe and we’ll see you on the other side of the new year.
Markie in Nord End 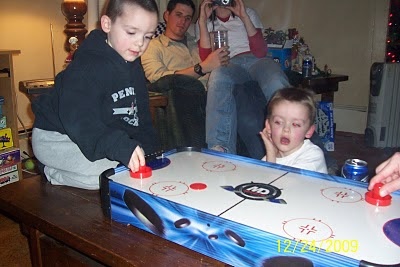 I received an e-mail response, which is interesting in it’s new year prognosticating…
Hi Mark-
Thanks for the Christmas greetings. I thank you for the enlightening commentary on your blog. It’s because of people like you, people who are involved in what’s going on and voice their opinions, that WILK is able to do what it does. We really couldn’t do it without you.
I think we’re going to be talking about more big power players going down in 2010….strap yourself in…it’s going to be an exciting ride.
Hope you have a great Christmas and are able to be with the grandkids to witness the joy of the season!
Happy and Healthy New Year to you and yours.
(Name deleted by your hated author)
Strap yourself in? I hear that.
Is it possible that our ongoing home grown corruption scandal has no end in sight?
Jesus!!! I shutter to think about it.
Oops. Sorry about that. I’m sure that must violate somebody’s imagined separation of church and blog statute.
Anyway, last night we got to reminiscing about some of our favorite, or most memorable Christmases past.
1967, the year I went Ralphie a la “Christmas Story” on my mom and her husband. And I did get the 2-wheeled bike with the banana seat I wanted. But only after the evil step dad made me believe that my sister got it and not myself.
1969, when my mom and I sat Indian-style in front of the tree in our housecoats and sang that little gray and white Church-supplied Christmas carol book cover-to-cover, and much to the evil step dad’s obvious chagrin. And right after we were done, a tractor trailer jackknifed on the cobblestone hill right out front, slid down the ice-covered hill and smashed through Derby Pizza with a sound not unlike those from the then latest Godzilla release.
That pizza joint must have been cursed or something. They rebuild the place after the big wreck. And some fifteen years later, my ears perked right up when a CNN commentator made mention of Derby, Connecticut. Turned out, a natural gas leak had reduced the entire building to rubble in the blink of an eyelid. No fatalities, but quite a few serious injuries resulted.
Mostly, Christmas makes me miss my mom and my brother all over again. Gaping wounds, I think they're called.
Enough with all of that.
My daughter Ebon pointed out last night that all of us, parents and kids alike, still get along with each other quite handsomely. And that’s a feat that not very many families are capable of. So I guess that’s a tremendous gift in itself.
And I realized early this morning while I was setting up Wifey’s new wireless mouse that this is our 35th Christmas spent together. Can you imagine? She’s as young as she is, and she’s been saddled with the likes of me for 35 years? Seriously, sainthood can’t be very far off for her…St. Wifey. It has a ring to it, I suppose.
Well, if that ain’t enough circumlocution for one day, enough excess verbiage, then I await the meandering, literary-like tour de force.
Long post short, we’re happy, we’re healthy and the government has left us with just enough of our money to be somewhat secure. And I hope everyone who reads this tiring swill can say the same.
Merry Xmas.
Later
Posted by zorcong at 10:40 AM