"That means that no matter how we reform health care, we will keep this promise to the American people: If you like your doctor, you will be able to keep your doctor, period. If you like your health care plan, you'll be able to keep your health care plan, period. No one will take it away, no matter what." – President Obama, speech to the American Medical Association, June 15, 2009, during the debate over health insurance reform.

Or how about eight and a half dollars for two measly pounds of ground beef?

Barry is a destructive, incompetent charlatan.

I arrived at the usual time, five minutes before the polls opened. Inside and out, there was much more activity than I was used to at the old Nord End voting haunt. I figure the busier atmosphere is the result of the closure of the former polling places in both Parsons and Miners Mills because they were not easily accessed by handicapped folks.

Uh, would that be yet another argument for online voting options?

I have yet to take a picture of an electronic voting machine that did not come out all fuzzy looking. Uh, would that be yet another argument for bringing back those gargantuan metal voting machines we so recently tossed on the junk heap? Maybe not.

In any event, tell that there Bureau of Elections honcho we need some voting machines that are more Kodak-friendly. Get a Fedrule Govmint grant or some such thing. Gaming proceeds. I dunno. 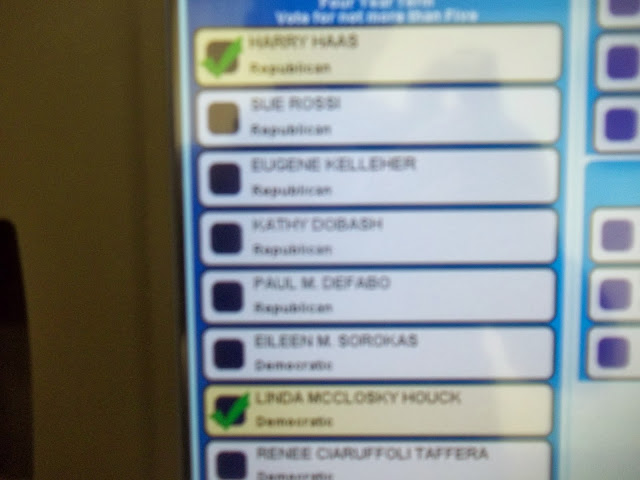 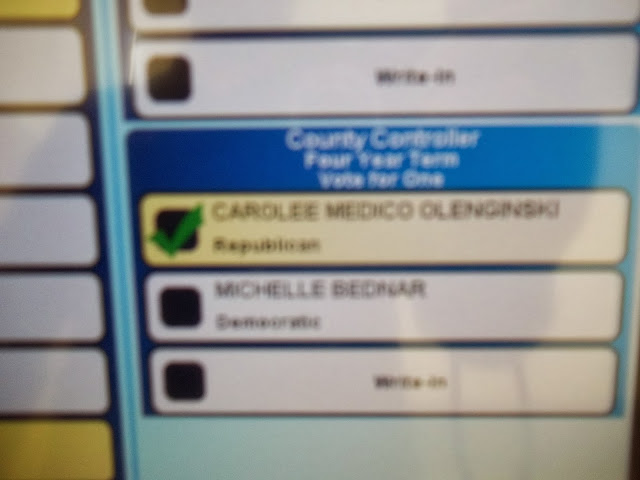 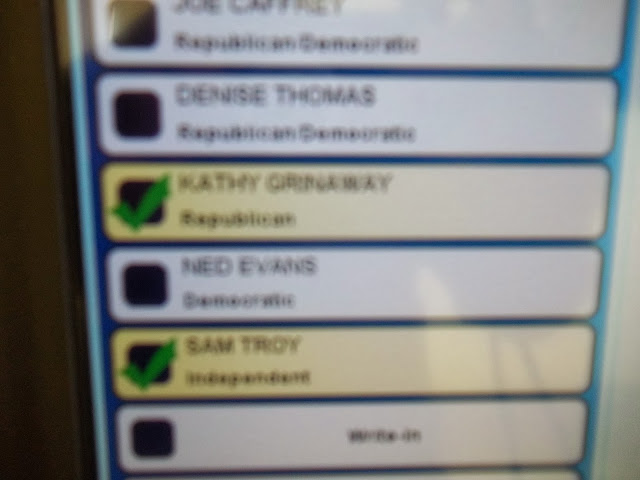 So, I did my civic duty as I saw fit. But, as a white, gainfully employed, traditionalist American, my opinion no longer matters according to the executive order tyrant.

Later
Posted by zorcong at 6:53 PM