No Don, No biggie

So, I missed the big Save America rally. Not really sure why, but the tickets never arrived. Same thing happened to another couple I know of. I suspect that the tickets were denied because I refused to donate cashish to the relentless Trump campaign (or whatever they call it) for down-ballot candidates. Thing is, I have never given a penny to any political candidate. Not once. Not even close.

Ain't no big thing. It's not like I was waiting on concert tickets. I watched the local news the next day only to learn that approximately 300,000 of those dangerous folks threatening democrcy did receive theirs. F>ck you, Biden. Do what you're told by your foreign handlers and quit with the pathetic attempts at cognitive thought. And, again, f>ck you and yours. God (sorry) only knows, you're dry-f>cking all of ours.

I see Governor Wolf made like a true democrat with his electioneering executive order. There's another conniving sumbitch that needs a seriously overdue clip to the lip. I think Republicans need to make like the sickening opposition and vote thrice. It's only fair.

Enough with all of that grotesque morass-a-thon. More ass? That's what young Markie used to think.

Guess what I did to enhance the NFL experience last night. I bought a 30-pack of beer. First one since March 2017. I've done everything asked of me by the medical professionals. Despite the Stroke, I've been increasing the level of exercise. I've shed quite a few pounds, dropping from 229 to my preferred fighting weight of 205.

The doc can't climb up my back too far, this morming 27 of those aforementioned brews were still tucked in here in the man bunker. Beer, batteries, ammo...seems I'm ready for the leftist's utopian tyranny.

How about this one? Being that we've escaped from Wilkes-Barre's much-heralded diversity and it's fast collapsing neighborhoods, where do we think I'd likely go looking for new friends here in the new 'burgh?

Yepper, you nailed it. 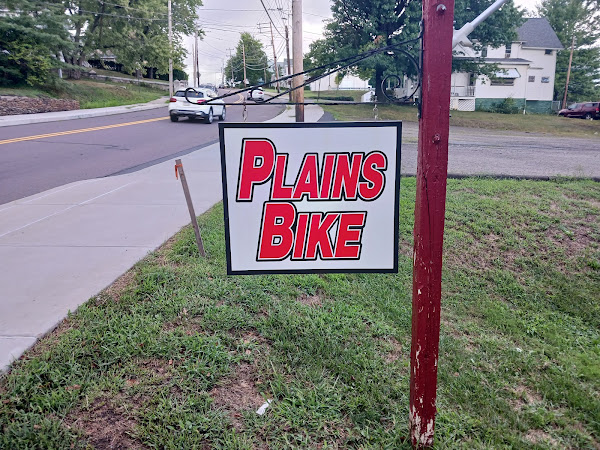 Same as it ever was, sans the zip code.