This culm region is broke and broken

Gage and I happened upon our street sign, obviously, after some artiste went and ripped it down and bent it in half. I took it home and called the police. According to an officer, the DPW boys will retrieve it at some point.

This is exactly why assault and battery should be overlooked in some cases. 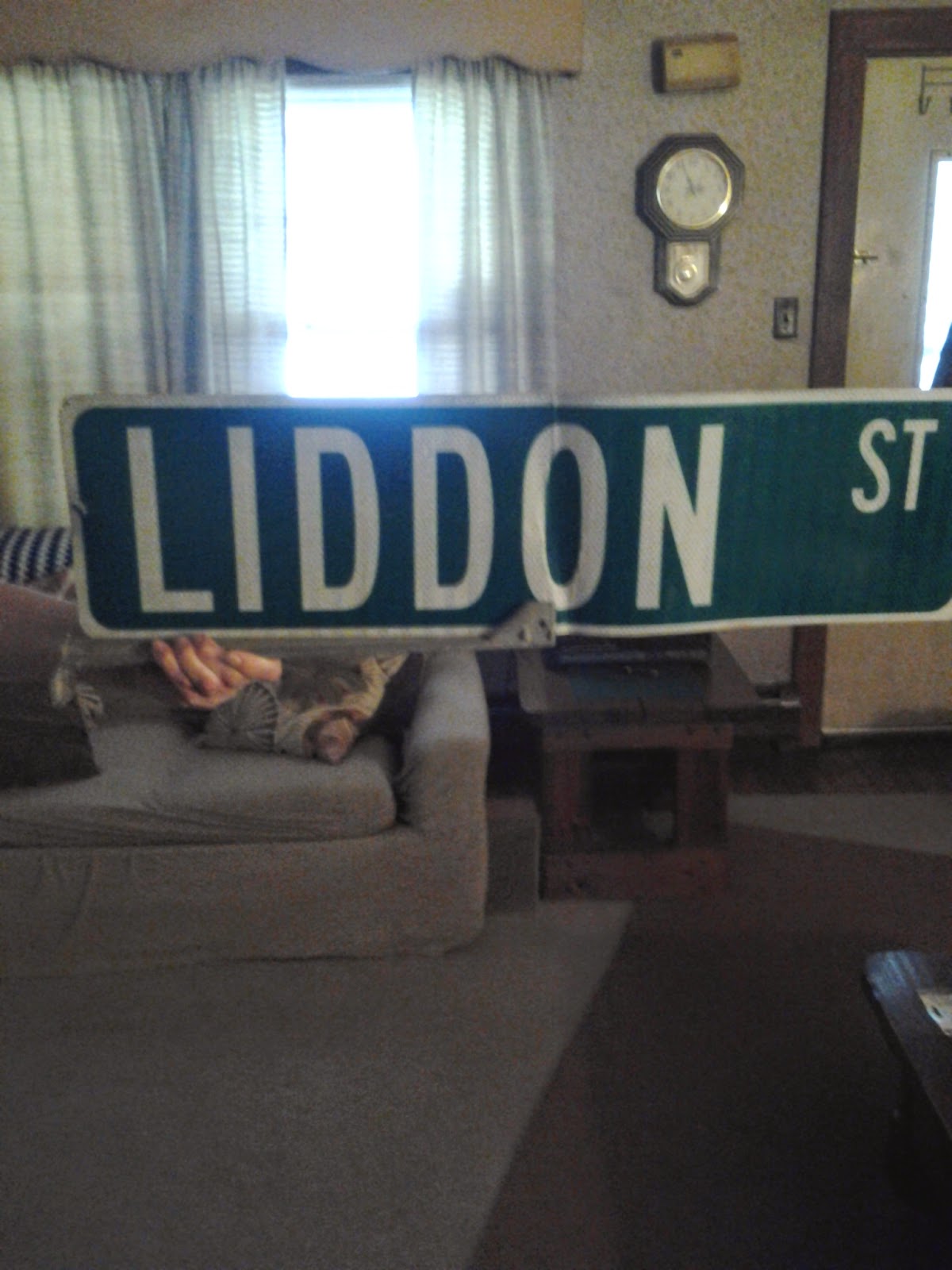 I see the Wilkes-Barre Area School Bored (no, not sic) wants to blow a couple of hundred million dollars on the construction of a new high school, if not two new high schools. And I read that they cannot settle on a construction site, which reportedly requires enough acreage to rival the size of Rhode Island.

I say demolish Coughlin's "old" building, remodel the annex, build a new school from the ruins of the elder building and build on the vacant corner lot. Should be plenty big enough, and in the dead center of the city. In addition, some streetscaping could allow for an extra traffic lane so that the soccer moms could shuttle the kiddies to and from class.

One of these days, The Department of Homeland Security (as if) will secure our unsecured 700-mile southern border, so expect the student populations to decrease over the short haul a a result. In effect, if you build it, perrhaps them, they, the illegals will not come.

The thing is, we don't need to purchase additional properties, we don't need to spent hundreds of millions, and we should not expect to have to attempt to educate the half of Central America that hasn't illegally jumped our wide open border as of yet.

I have begun to reseach just what would be involved and required to move Wifey and I to another state. Folks, corruption is still the rule in this region, public sector unions have reduced us to being walking, talking revenue sources and the long sought after "good jobs" are never coming.

The culm region is long since done. Over. Dead in the water. Broke and broken. It's time to move on.