What was it I posted a couple of days ago? 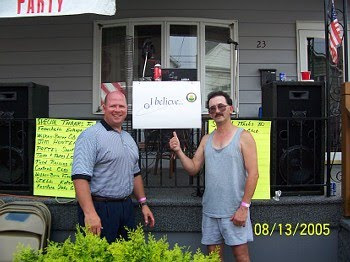 The thing is, I still believe.
Later
Posted by zorcong at 11:42 AM

By the way, a friend at work was looking through the classifieds to buy some second-hand furniture, including bedroom furniture. I warned him about the bedbug problem, and advised him that I vaguely remember reading somewhere that bedbugs will burrow into furniture and lay their eggs or wait for a meal to show up or something. So I would avoid getting any sort of second-hand stuff - I've actually turned down a few offers of free furniture because of this.

Great overview and analysis. Thank you.

If Leighton does leave, is there a sufficient team/infrastructure in place to continue the resurgence of WB? I presume there is given the scope of accomplishment.