From the email inbox:
FOR MEDIA PLANNING PURPOSES Contact: 570-788-2479 or mailto:vince@loubarletta.com

Tarah Toohil to Take on Eachus in the 116th District
Hazleton, PA – Local attorney and candidate for Pennsylvania State Representative will kickoff her campaign on Tuesday night by issuing an official announcement of her candidacy.
Tarah Toohil said, “When you look around our community, you see the hard times that people are facing. You also see the lack of leadership and support coming from Harrisburg. It is time to stand up and say we deserve better.”
The public is welcome to join Tarah and her supporters as she outlines the issues that she intends to tackle as State Representative. Refreshments will be provided. Tarah will also be available for questions following the program. 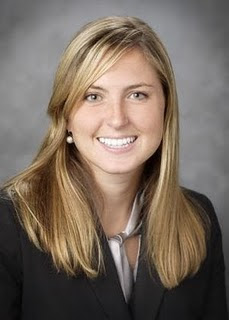 WHO: Tarah Toohil
WHAT: Official Campaign Announcement Kickoff
WHEN: Tuesday, February 9, 2010 @ 6:00 – 8:00 p.m.
WHERE: The Elks Lodge #200
635 E. Broad Street
Hazleton, PA 18201
PAID FOR BY THE COMMITTEE TO ELECT TARAH TOOHIL
You know, if we voted based on looks, here's your next president. Come to think of it, if we went by the candidate's appearance alone, Todd Eachus would be ruled ineligible to run for elected office.
Sez me, Markie.
Later
Posted by zorcong at 6:32 PM

"TT" Party? Markie...your double entendre did not escape moi. You are a horned toad!

I have absolutely no idea what you are going on about.