Pics of Wilkes-Barre since 2004

Damn near everybody and their pregnant uncles told me that a movie theater of any stripe located in downtown Wilkes-Barre would not work. So much for the local experts who continually scoff at the very notion of being positive about much of anything. 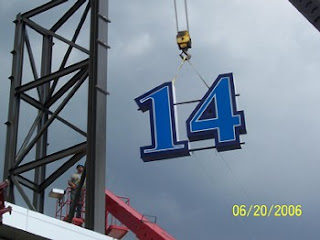 What is it with Wilkes-Barre? What sort of carcinogens are in our water supply? What's up with the abject negativity for negativity's sake?

With that having been said, all 5 of my grandchildren absolutely love going to Movies 14. And going to Januzzi's. And going to the toy department at Boscov's. Oh, and Musical Energi.

All of which reminds of my numerous jaunts through our now long-lost downtown, the downtown that had my grandmother happily playing tour guide.

Later
Posted by zorcong at 3:06 PM